Jane Burgermeister, a medical journalist, has filed a series of criminal charges against pharmaceutical company Baxter, WHO (World Health Organization) and other organizations alleging that they have committed bio-terrorism following the outbreak of this latest swine flu.

"Say No to the Vaccine," Trillion

The courts of Europe became enlivened as philosophes tried to persuade rulers to adopt their ideas. The philosophes hoped to convince the ruling classes that reform was necessary. Some monarchs did accept Enlightenment ideas. Others still practiced absolutism, a political doctrine in which a monarch had seemingly unlimited power. Those that did accept these new ideas became enlightened despots, or absolute rulers who used their power to bring about political and social change.

Enlightened Rulers in the Eighteenth Century

Go online to, PHSchool.com, for an audio guided tour and related questions. The text in the audio is on the page as well. Enter web Code: nap-1721, in each of the two boxes listed there.

To use a Web Code:

There are three questions there, listed below:

Frederick II, known as Frederick the Great, exerted extremely tight control over his subjects during his reign as king of Prussia from 1740 to 1786. Still, he saw himself as the “first servant of the state,” with a duty to work for the common good.

Frederick openly praised Voltaire’s work and invited several of the French intellectuals of the age to Prussia. Some of his first acts as king were to reduce the use of torture and allow a free press. Most of Frederick’s reforms were directed at making the Prussian government more efficient.

To do this, he reorganized the government’s civil service and simplified laws. Frederick also tolerated religious differences, welcoming victims of religious persecution.

“In my kingdom,” he said, “everyone can go to heaven in his own fashion.” His religious tolerance and also his disdain for torture showed Frederick’s genuine belief in enlightened reform. In the end, however, Frederick desired a stronger monarchy and more power for himself.

Frederick II and the Military

Hohenfriedeberg, Attack of Prussian Infantry, This is a file from the Wikimedia Commons. Commons is a freely licensed media file repository.

A grenadier (derived from the word grenade) was originally a specialized soldier, first established as a distinct role in the mid to late 17th century, for the throwing of grenades and sometimes assault operations.

At this time grenadiers were chosen from the strongest and largest soldiers. By the nineteenth century, the throwing of grenades was no longer relevant, but grenadiers were still chosen for being the most physically powerful soldiers and would lead assaults in the field of battle.

Grenadiers would also often lead the storming of breaches in siege warfare, although this role was more usually fulfilled by all-arm units of volunteers called forlorn hopes, and might also be fulfilled by sappers or pioneers.

In the nineteenth century, certain countries such as France and Argentina established units of "Horse Grenadiers". Like their infantry grenadier counterparts, these horse-mounted soldiers were chosen for their size and strength (i.e. heavy cavalry).

The British adopted this type of unit in their war against the colonists whom few granted could beat the finest army of its day by that time.

This is an illustration of the distinctive Prussian Grenadier cap which would be obvious on a battlefield; this is a file from the Wikimedia Commons. 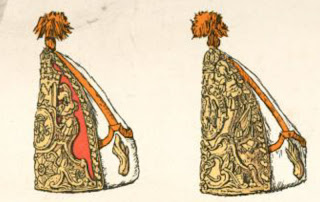 Cf. The Encyclopedia of Warfare: The Changing Nature of Warfare From Prehistory to Modern-day Armed Conflicts, Robin Cross, pp.

Catherine II, or Catherine the Great, empress of Russia, read the works of the philosophes and exchanged letters with Voltaire and Diderot. She praised Voltaire as someone who had “fought the united enemies of humankind: superstition, fanaticism, ignorance, trickery.” Catherine believed in the Enlightenment ideas of equality and liberty.

Catherine, who became empress in 1762, toyed with implementing Enlightenment ideas. Early in her reign, she made some limited reforms in law and government. Catherine abolished torture and established religious tolerance in her lands. She granted nobles a charter of rights and criticized the institution of serfdom. Still, like Frederick in Prussia, Catherine did not intend to give up power. In the end, her main political contribution to Russia proved to be an expanded empire.

In Austria, Hapsburg empress Maria Theresa ruled as an absolute monarch. Although she did not push for reforms, she is considered to be an enlightened despot by some historians because she worked to improve peasants’ way of life. The most radical of the enlightened despots was her son and successor, Joseph II. Joseph was an eager student of the Enlightenment, and he traveled in disguise among his subjects to learn of their problems.

Joseph continued the work of Maria Theresa, who had begun to modernize Austria’s government. Despite opposition, Joseph supported religious equality for Protestants and Jews in his Catholic empire. He ended censorship by allowing a free press and attempted to bring the Catholic Church under royal control. He sold the property of many monasteries that were not involved in education or care of the sick and used the proceeds to support those that were. Joseph even abolished serfdom. Like many of his other reforms, however, this measure was canceled after his death.

Why were the philosophes interested in sharing their beliefs with European rulers?

Lives of the Majority Change Slowly

Most Europeans were untouched by either courtly or middle-class culture. They remained what they had always been—peasants living in small rural villages. Echoes of serfdom still remained throughout Europe despite advances in Western Europe. Their culture, based on centuries-old traditions, changed slowly.

By the late 1700s, however, radical ideas about equality and social justice finally seeped into peasant villages. While some peasants eagerly sought to topple the old order, others resisted efforts to bring about change. In the 1800s, war and political upheaval, as well as changing economic conditions, would transform peasant life in Europe.

Important Composers included in this section: Bach, Handel, and Haydn, among others. Music is available on Songza.

Haydn, Deutschland Ueber Alles (3:35), and a bit of trivia about this composition. Do you know which 20th century German political group adopted this song to represent their movement and point of view? Traditional German music was transformed for political and propaganda purposes.

During this time, why did change occur slowly for most Europeans?

Post a detailed answer with specifics on our Shanawiki page. 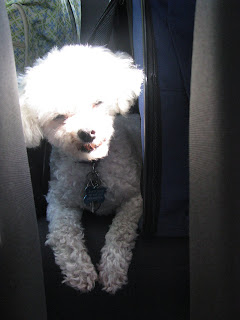 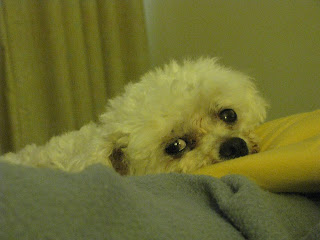 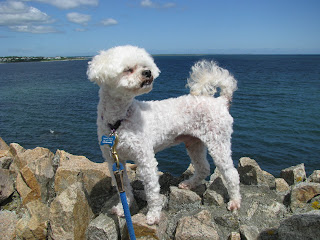 There are three questions online on PHSchool.com.