Prayer now alphabetical by student as listed on the class (which is unofficial and not the school) Calendar:

Current Event (Who Gets Hired?):

Watch In Old New York on the Witness History Discovery School™ video program to learn about life during the Industrial Age.


A living museum can be viewed at Old Sturbridge Village. At the village visitors can ride the stagecoach, interact with the farm animals, talk with costumed historians, and watch the blacksmith, cooper, potter, and farmers at work. In the village visitors can experience life in the 1830s--with 40 antique homes, buildings, and water-powered mills. The village is well worth exploring in some detail.

If you have questions about 19th Century life you can always "Ask Jack."


* Did kids from the 1830s learn to play instruments in school?
* Did a lot of people smoke in the olden days?
* Did kids ever have any fun back then?
* Did kids get sick a lot back in Village times?
* Did kids in the 1830s make snowmen like we do?
* Did more people wear beards in the 1830s or today?
* How long would it have taken a letter to get from Sturbridge to Boston in the 1830s (and how long does it take now)?
* How often did people take baths in the 1830s?
* I know they used quill pens for writing in Village times, but did they also have pencils?
* I like to listen to CDs and the radio. Most of the music I like my parents and grandparents think is silly or bad. What kind of music did they like back in Old Sturbridge Village times?
* I was at the Village once when the church bells rang about a hundred times. Why?
* I asked my father for a bigger allowance and he said I must
think money grows on trees. He said I should find out what a dollar
is worth, and while I'm at it I should find out what it was worth a
long time ago too. He said if I could give
* I visited the school at Old Sturbridge Village and saw how everyone sat together in one room. How could the teacher be heard with all those kids of all ages in there? Did anybody really learn anything?
* In Village days, how did someone train to become a shoemaker or blacksmith?
* In Old Sturbridge Village times, what were the laws, and what
was the punishment for breaking them?
* In the 1830s what would children do for chores? Would they
have difficult jobs or easy ones? What would be a good occupation
when the children grew up?
* My grandmother says kids have it easy today and that some kids used to have to live with other people and work hard in order to help their family. Where can I send my brother Derek? (Ha Ha!)
* Were people of the 1830s shorter than the people of today?
* Were shoes comfortable in the 1830s, or were they wooden and stiff?
* What did people do with their trash and garbage in the 1830s?
* What sorts of candy and sweets did people eat in the 1830s?
* What kind of books and stories did kids read in Village times? Were there any best sellers or favorite authors? were books expensive?
* What kind of pets did kids have in Village times?
* Where did people go for vacation in Village times?
* Why are some bridges at the Village covered?


Mystic Seaport -- The Museum of America and the Sea is the nation's leading maritime museum. In it, you can explore American maritime history first-hand as you climb aboard historic tall ships, stroll through a re-created 19th-century coastal village, or watch a working preservation shipyard in action.

The Charles W. Morgan embarks on a voyage of restoration at the Henry B. DuPont Preservation Shipyard at Mystic Seaport. Shipyard Director, Quentin Snediker explains what is done to prepare the ship for the historic journey.

The Charles W. Morgan is the last surviving wooden whaling ship from the great days of sail. Built in 1841 in New Bedford, MA, the Morgan had a successful 80-year whaling career. She made 37 voyages before retiring in 1921, and was preserved as an exhibit through the efforts of a number of dedicated citizens. After being on display in South Dartmouth, MA, until 1941, she came to Mystic Seaport, where each year thousands of visitors walk her decks and hear the fascinating story of her career as a whaling vessel, historic exhibit, film and media star, and a porthole into America's rich history.

Over the last three decades, the Charles W. Morgan has undergone two regimes of partial restoration along with annual maintenance. Despite these efforts, the inevitable effects of time on the wooden fabric of the vessel's structure demand additional extensive restoration. If left unchecked, these deficiencies will threaten the structural integrity of the Morgan and her use as a primary artifact in Mystic Seaport's interpretive programs.


What would life be like during industrial Victorian days?


Online game about life in an industrial Victorian city

Rise of the Working Class by Jurgen Kuczynski

Making of the English Working Class by E.P. Thompson

Cultural Foundations of Industrial Civilization by John U. Nef

Sign entering the village. Graphic source: The Next Generation 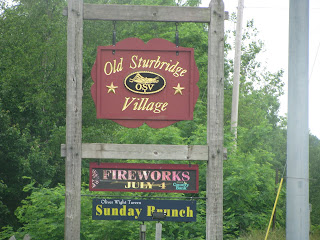 The flag is central to village life. Graphic source: The Next Generation 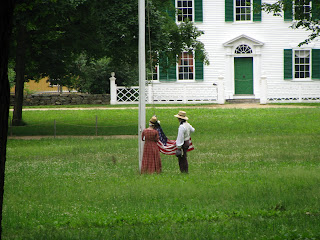 Our relationship to God is of paramount importance. Graphic source: The Next Generation 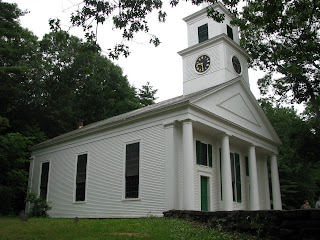 Defense is always a concern for a nation. Graphic source: The Next Generation 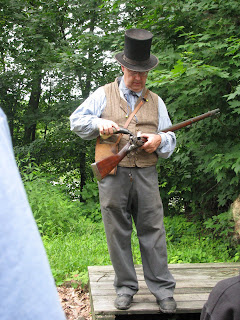 Jack Larkin is the Chief Historian and Museum Scholar at the Village, where he has worked since 1971. He is also Affiliate Professor of History at Clark University in Worcester, MA, and consults for many museums and historical organizations. His latest book, Where We Lived: Exploring the Places We Once Called Home. The American Home from 1790 to 1840, was published in 2006.

To feel more at home in the village you will need to know the tools of the trade. A number of fun and educational links are available for the OSV.

Redcoats to Rebels at OSV. 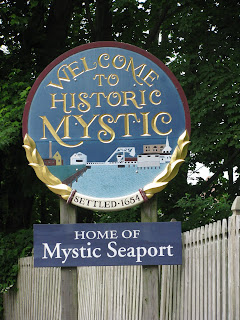 The cold hard steel of the harpoon's point
Struck deep into its side.
We played out line and backed the oars
And took the cruel sleighride.

The term "Nantucket Sleighride" was coined by the whalers to explain what happened after they harpooned a whale. (Nantucket Island was considered the whaling capital of the world during the 19th century.) The first strike of the harpoon was not intended to kill the whale but only to attach it to the whale boat. The whale would take off pulling the whale boat along at speeds of up to 23 mph (37 kmh). The whale would eventually tire itself out, the leading officer in the boat would then use a penetrating lance to kill the whale.

Nantucket Sleighride is Dedicated to Owen Coffin who was cabin boy aboard the whaler Essex, which was destroyed by a sperm whale in 1819. Owen ended up in the lifeboat with Captain Pollard, his uncle. Two other lifeboats also put out. During the next 3 - 4 months, the lifeboats separated. One was never seen again, but some of those on the remaining two boats were eventually rescued.
During those long months at sea (and on desert islands), many of the men died. The remainder eventually had to resort to cannibalism to survive. After the dead of natural causes were consumed, the men determined to draw lots to see who would sacrifice his life for the others. Owen Coffin ``won'' the lottery. The Captain tried to take Owen's place, but the youth insisted on his ``right''. The executioner was also drawn by lot. That ``winner'', another young man named Charles Ramsdell, also tried vainly to swap places with Owen. Again he refused. Owen's body kept the others alive for ten days (Captain Pollard refused to eat his nephew). Another man died, and his body kept Pollard and Ramsdell alive a few more days until they were rescued.

Lyrics
Goodbye, little Robin-Marie
Don't try following me
Don't cry, little Robin-Marie
'Cause you know I'm coming home soon
My ships' leaving on a three-year tour
The next tide will take us from shore
Windlaced, gather in sail and spray
On a search for the mighty sperm whale
Fly your willow branches
Wrap your body round my soul
Lay down your reeds and drums on my soft sheets
There are years behind us reaching
To the place where hearts are beating
And I know you're the last true love I'll ever meet
Starbuck's sharpening his harpoon
The black man's playing his tune
An old salt's sleeping his watch away
He'll be drunk again before noon
Three years sailing on bended knee
We found no whales in the sea
Don't cry, little Robin-Marie
'Cause we'll be in sight of land soon

Farming and everyday life during the past 250 years

Children who lived in the English countryside

Britain at the time of the Great Exhibition

Who Wants to Be a Cotton Millionaire?

Review changes of the 18th and 19th centuries

The everyday life of children in Victorian Britain (including the cities)

Take a tour of a workhouse


Children were often exploited during the Industrial Age; one of the most well-known stories from the period is the story of Oliver.


The 2005 trailer for Oliver Twist by Charles Dickens, in the film adaptation:


Investigate any two areas that you found interesting--questions, videos, or games--not covered in today's daily lesson and report what you discovered about life during the industrial era.