Introduction to Philosophy, Part 5 Free Will

Pick out a last name from the "magical cup of knowledge" (and, unless you picked out your own last name), call it out so your colleague can see you, return the last name to the bottom of the stack, and hand it to the next person until everyone is paired with a colleague. If you have already been partnered with a colleague just hand the stack of names to the next person. Finally, find your colleague for the Discussion today and answer the questions on the handout.

As we continue to explore free will, Hank considers a middle ground between hard determinism and libertarian free will: compatibilism. This view seeks to find ways that our internally motivated actions can be understood as free in a deterministic world. We’ll also cover Frankfurt Cases (we have a selection by Frankfurt in Part 5: The Principle of Alternative Possibilities

Harry Frankfurt) and Patricia Churchland’s rejection of the free-or-not-free dichotomy and her focus on the amount of control we have over our actions.

Was that man's really horrible behavior a matter of free will? Or, was it determined: by what turned out to be a medical condition? Was it neither, both?

What are two options?

What is the third option?

What is soft determinism?

What do compatibilists say?

How are examples about mental illness or alcohol instructive?

What is Harry Frankfurt's challenge? What are these called?

Are you responsible without being able to do otherwise?

What does Churchland point out? How much control do I have?

What do libertarians point out?

What is Libertarian Free Will?

What is Hard Determinism?

Deterministic Nature of the Universe vs. ?


Libertarian Free Will - the belief that some actions are freely chosen.


Hard Determinism - the belief that all events are caused by past events such that nothing other than what does occur could occur.

Compatibilists believe, somewhat like hard determinists, that the universe operates with law-like order, and that the past determines the future.

Compatibilists say that action is determined--that is, it couldn't not happen--but when the action of an agent is self-determined or determined by causes internal to themselves, the action should be considered free.

Deterministic Nature of the Universe vs. Subjective Feeling of Freedom

Nagel is well known for his critique of material reductionist accounts of the mind, particularly in his essay "What Is it Like to Be a Bat?" (1974), and for his contributions to deontological and liberal moral and political theory in The Possibility of Altruism (1970) and subsequent writings. Continuing his critique of reductionism, he is the author of Mind and Cosmos (2012), in which he argues against a reductionist view, and specifically the neo-Darwinian view, of the emergence of consciousness.

Freedom of Will, the issue that Nagel addresses, 5:13

- Free will, determinism, and predetermination are encountered by Perceiving Reality. The structure of our "I" is explained as embedded within four factors that determine our characteristics and behavior from within our genes and from our environment.

Why don't we know which of our actions are actually free?

What are the four factors?

What can we learn from a seed of wheat?

What is our single point of freedom?

Kabbalah (Hebrew: קַבָּלָה‎, literally "parallel/corresponding," or "received tradition") is an esoteric method, discipline, and school of thought that originated in Judaism.

We are blind to the laws and forces that manage us.

Four factors: first factor, the bed, second factor, the cause and effect that stem from itself, thirdly, the inner cause and effect and how well the stalk of wheat grows depends on specific external factors that work directly on its essence, finally our family and upbringing.

Our single point of freedom is that we choose our surroundings.

Walter Terence Stace (17 November 1886 – 2 August 1967) was a British civil servant, educator, public philosopher and epistemologist, who wrote on Hegel, mysticism, and moral relativism. He worked with the Ceylon Civil Service from 1910-1932, and from 1932-1955 he was employed by Princeton University in the Department of Philosophy. He is most renowned for his work in the philosophy of mysticism, and for books like Mysticism and Philosophy (1960) and Teachings of the Mystics (1960). These works have been influential in the study of mysticism, but they have also been severely criticised for their lack of methodological rigor and their perennialist pre-assumptions.

Stace is a good example of what position?

Why are hard determinists wrong?

Why should we consider the case of a person who thinks the word, man?

Free will does not mean what?

What examples does Stace offer?

What does he suggest about punishment?

Harry Gordon Frankfurt (born May 29, 1929) is an American philosopher. He is professor emeritus of philosophy at Princeton University, where he taught from 1990 until 2002, and previously taught at Yale University, Rockefeller University, and Ohio State University. 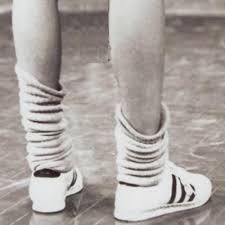 The Capacities of Agents Neil Levy

Neil received a PhD in Continental Philosophy in 1995 and a second PhD, this time in analytic philosophy, in 2006. He was a Research Fellow at the Centre for Applied Philosophy and Public Ethics, University of Melbourne, from 2002 to 2009. In 2010 he moved to the Florey Institute of Neuroscience and Mental Health, where he was Head of Neuroethics and an ARC Future Fellow. From 2006 onwards, he has held appointments at the University of Oxford, where he is currently Leverhulme Visiting Professor. From 2016, he will be half time at Oxford and half time at Macquarie.

According to Levy what is luck?

Where does the idea of luck come from?

How do we create a force around randomness?

How does superstition play into this?

Why do some embody objects with luck?

Do you have lucky object?

Do you have superstitions?

Associate Professor Levy was recently interviewed on ABC 612 Brisbane Afternoons by Kelly Higgins-Devine on the nature of luck.

An Enquiry Concerning Human Understanding is a book by the Scottish empiricist philosopher David Hume, published in English in 1748. It was a revision of an earlier effort, Hume's A Treatise of Human Nature, published anonymously in London in 1739–40. Hume was disappointed with the reception of the Treatise, which "fell dead-born from the press," as he put it, and so tried again to disseminate his more developed ideas to the public by writing a shorter and more polemical work.

The end product of his labours was the Enquiry. The Enquiry dispensed with much of the material from the Treatise, in favor of clarifying and emphasizing its most important aspects. For example, Hume's views on personal identity do not appear. However, more vital propositions, such as Hume's argument for the role of habit in a theory of knowledge, are retained.

This book has proven highly influential, both in the years that would immediately follow and today. Immanuel Kant points to it as the book which woke him from his self-described "dogmatic slumber". The Enquiry is widely regarded as a classic in modern philosophical literature.

In this two part series, we will examine David Hume’s treatise titled An Enquiry Concerning Human Understanding. In this first lecture, we will discuss Hume’s empirical epistemology and the problem of induction. In the second lecture, we will explore the consequences of Hume’s theory of knowledge.

What is Hume's understanding of empiricism, the problem of induction?

What is the origin of all ideas?

Why are not justified in stating the future will resemble the past?

In this two part series, we will examine David Hume’s treatise titled An Enquiry Concerning Human Understanding. In this first lecture, we will discuss Hume’s empirical epistemology and the problem of induction. In the second lecture, we will explore the consequences of Hume’s theory of knowledge.

What are people according to Hume?

What does Hume argue in regards to miracles?

Why is there insufficient evidence for miracles?

Religion is based on what?


The Dilemma of Determinism William James

William James (January 11, 1842 – August 26, 1910) was an American philosopher and psychologist who was also trained as a physician. The first educator to offer a psychology course in the United States, James was one of the leading thinkers of the late nineteenth century and is believed by many to be one of the most influential philosophers the United States has ever produced, while others have labeled him the "Father of American psychology".

Along with Charles Sanders Peirce and John Dewey, James is considered to be one of the major figures associated with the philosophical school known as pragmatism, and is also cited as one of the founders of functional psychology. A Review of General Psychology analysis, published in 2002, ranked James as the 14th most eminent psychologist of the 20th century. He also developed the philosophical perspective known as radical empiricism. James' work has influenced intellectuals such as Émile Durkheim, W. E. B. Du Bois, Edmund Husserl, Bertrand Russell, Ludwig Wittgenstein, Hilary Putnam, and Richard Rorty, and has even influenced Presidents, such as Jimmy Carter.

Born into a wealthy family, James was the son of the Swedenborgian theologian Henry James Sr. and the brother of both the prominent novelist Henry James, and the diarist Alice James. James wrote widely on many topics, including epistemology, education, metaphysics, psychology, religion, and mysticism. Among his most influential books are The Principles of Psychology, which was a groundbreaking text in the field of psychology, Essays in Radical Empiricism, an important text in philosophy, and The Varieties of Religious Experience, which investigated different forms of religious experience, which also included the then theories on mind-cure.

Who Was William James? (Famous Philosophers), 3:58

William James: Founder of Pragmatism, Father of American Psychology, and One of the Most Influential American Philosophers Of All Time. This video offers a brief introduction to William James's positions.

He is considered the founder of what?

When should we doubt our basic beliefs?

What did William Clifford argue?

William James, Star Trek's Data, and the Question of Free Will, 2:54

How do we meaningfully exercise our free will?

What is the connection between William James and Star Trek?

What can we learn from Data in Rightful Heir?

How did Data go beyond artificial programming?

How does William James agree?


Now that you have gotten better acquainted with someone in our learning community find a compatible colleague for the Discussion today.


Which of the AI tools we reviewed last time seemed most useful to you?


I divided the chat bots into two categories one for non-academic issues and the other for academic problems. Pick out at least one non-academic tool and one academic instrument to share as a favorite in our general discussion.


Finally, share your thoughts on ROSE which may be the most informative chat bot:

Orai for iPhone is designed to help you become a better speaker. Orai gives people the confidence and skills to speak powerfully when on stage, in front of a room, or in everyday life. Orai uses artificial intelligence and deep learning to offer instant insights on your speech so that you can practice daily and become an effective communicator.


Boost Editor is an intelligent text editor that runs emotional analysis on your content and offer textual improvements. Each highlighted word provides an array of suggestions to help you optimize your writing for audience engagement while preserving your creative freedom.

How many may need housing at some point? Consider a housing bot: Ems


How many have lost files? Try: Findo.


How many are overwhelmed with checking email and could use an assistant to prioritize communication? Astro


How many of you eat? Forksy


How many could use assistance in job hunting? Jobo