Prayer
Beyond the Sound Bites:

In her first appearance before the House Energy and Commerce Health Subcommittee since Democrats’ health care overhaul law passed last year, HHS Secretary Kathleen Sebelius responded to a line of questioning from Rep. John Shimkus, R-Ill., about whether the estimated $500 billion in Medicare cuts were to be used in sustaining the program or paying for the law.

The Medicare actuary shed light on this so-called “double counting” last year in an April 22 memo. “In practice,” he wrote, “the improved Part A financing cannot simultaneously be used to finance other Federal outlays (such as the coverage expansions under the PPACA) and to extend the trust fund, despite the appearance of this result from the respective accounting conventions.”

In other words, the money can only be used once. However, during her testimony Friday, Sebelius finally acknowledged that the Obama administration had misrepresented its accounting:

“There is an issue here on the budget because your own actuary has said you can’t double-count,” Shimkus said. “You can’t count — they’re attacking Medicare on the CR when their bill, your law, cut $500 billion from Medicare.”

He continued: “Then you’re also using the same $500 billion to what? Say your funding health care. Your own actuary says you can’t do both. … What’s the $500 billion in cuts for? Preserving Medicare or funding the health-care law?

“The judge in this particular case in my view is wrong," Interior Secretary Ken Salazar said. “And we will argue the case because I don’t believe that the court has the jurisdiction to basically tell the Department of Interior what my administrative responsibilities are.”


U.S. gasoline prices increased nearly 33 cents in two weeks, the second-biggest two-week jump in the history of the gasoline market.

The Chapter 6 Test Prep Page is available for Tuesday.

Attitude of the Courts

Labor in the Great Depression

In-class assignment, with a partner, answer the following.

Who does Obama consult with more? The AFL-CIO's Richard Trumka or members of the cabinet?


Majority of Union Members Now Work for the Government
Collective bargaining gives government employees the power to tell voters how to spend their tax dollars. The early labor leaders rejected it as undemocratic. As recently as 1959 the AFL-CIO Executive Council stated that “government workers have no right [to collectively bargain] beyond the authority to petition Congress—a right available to every citizen,” Cf. Leo Kramer, Labor’s Paradox: The American Federation of State, County and Municipal Employees, AFL-CIO (New York, NY: Wiley, 1962) p. 41.


In-class assignment: with a partner, answer the questions in the video.

View the embedded player with the Collective Bargaining content

1. What is collective bargaining and how does it work in government?
2. Who has the final say in hiring?
3. Which two American leaders opposed this practice?
4. Whose money is being given away?
5. Who campaigns for higher taxes?
6. How has private union membership declined?
7. What percentage of union members now work for the government?

Unionized Workers in the Labor Force

The Global Economy and You - The Union Safety Net Unravels

Use the graphic organizer to describe the different types of union arrangements. 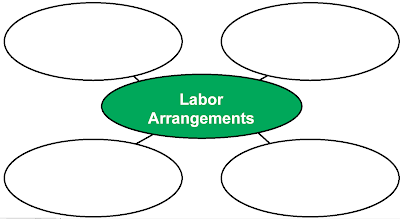 In-class assignment, with a partner, answer the following.


1. Which famous American politician supported Cesar Chavez?
2. In what grade did his education end?
3. What things did he fight for?
4. Who are the Hollywood figures who supported Chavez?

Different occupations and levels of training are rewarded with different wages. Economists divide labor into four non-competing labor grades based on a worker's education, training, and skills. These categories include unskilled labor, semiskilled labor, skilled labor, and professional labor. In addition, there are many negotiation methods: collective bargaining, mediation, arbitration, fact-finding, injunction, and seizure. Finally, the president may intervene in a labor-management dispute.


In-class assignment: with a partner, answer the questions.

http://www.showmeinstitute.org/ - Caroline Hoxby, Ph.D., the Scott and Donya Bommer Professor of Economics at Stanford University, spoke with the Show-Me Institute on May 5, 2009, about the effects of collective bargaining on attracting and retaining quality teachers in United States public schools. Hoxby is also a senior fellow of the Hoover Institution, the director of the Economics of Education Program at the National Bureau of Economic Research, and Senior Fellow of the Stanford Institute for Economic Policy Research.


1. Are union teachers better than non-union teachers?
2. Does collective bargaining encourage or harm learning? Why?
3. Do unions protect weak teachers? Why? 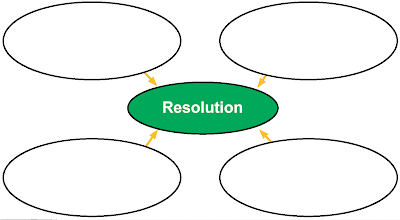 Cf. http://glencoe.com/sites/common_assets/socialstudies/igo_08/epp/ch_08/EPP_ch08_sec2_1.pdf
Issues in the News

In-class assignment: with a partner, answer the following. 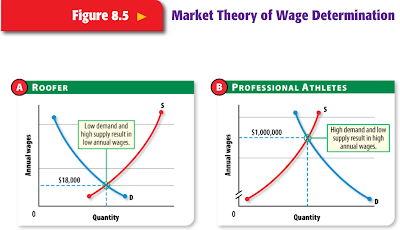 There are several trends and issues in today's economy. The first is the continuing decline of union membership and influence since the end of World War II. The second is the income gap between men and women, and policies such as set-aside contracts, which are designed to remedy it. The last is the issue of the minimum wage, which is measured in current dollars, inflation-adjusted dollars, and as a percent of the average manufacturing wage. 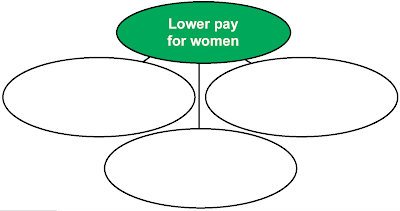 John Llewellyn Lewis (1880--1969) was the autocratic president of the United Mine Workers of America (UMW) from 1920 to 1960, and the driving force behind the founding of the Congress of Industrial Organizations (CIO). Using UMW organizers the new CIO established the United Steel Workers of America (USWA) and organized millions of other industrial workers in the 1930s. A powerful speaker and strategist, Lewis did not hesitate to shut down coal production—the nation's main energy and heating source—to achieve his goals.

Lewis threw his support behind Franklin D. Roosevelt (FDR) at the outset of the New Deal. After the passage of the Wagner Act in 1935, Lewis traded on the tremendous appeal that Roosevelt had with workers in those days, sending organizers into the coal fields to tell workers that "The President wants you to join the Union." His UMW was one of FDR's main financial supporters in 1936, contributing over $500,000.

Lewis expanded his base by organizing the so-called "captive mines," those held by the steel producers such as U.S. Steel. That required in turn organizing the steel industry, which had defeated union organizing drives in 1892 and 1919 and which had resisted all organizing efforts since then fiercely. The task of organizing steelworkers, on the other hand, put Lewis at odds with the AFL, which looked down on both industrial workers and the industrial unions that represented all workers in a particular industry, rather than just those in a particular skilled trade or craft.

Lewis was the first president of the Committee of Industrial Organizations. Lewis, in fact, was the CIO: his UMWA provided the great bulk of the financial resources that the CIO poured into organizing drives by the United Automobile Workers (UAW), the USWA, the Textile Workers Union and other newly formed or struggling unions. Lewis hired back many of the people he had exiled from the UMWA in the 1920s to lead the CIO and placed his protégé Philip Murray at the head of the Steel Workers Organizing Committee. Lewis played the leading role in the negotiations that led to the successful conclusion of the Flint sit-down strike conducted by the UAW in 1936-1937 and in the Chrysler sit-down strike that followed.

The war mobilization dramatically expanded union membership, from 8.7 million in 1940 to over 14.3 million in 1945, about 36% of the work force. For the first time large numbers of women factory workers were enrolled. Both the AFL and CIO supported Roosevelt in 1940 and 1944, with 75% or more of their votes, millions of dollars, and tens of thousands of precinct workers. However, Lewis opposed Roosevelt on foreign policy grounds in 1940. He took the Mine Workers out of the CIO and rejoined the AFL. All labor unions strongly supported the war effort after June 1941 (when Germany invaded the Soviet Union). Left-wing activists crushed wildcat strikes. Nonetheless, Lewis realized that he had enormous leverage. In 1943, the middle of the war, when the rest of labor was observing a policy against strikes, Lewis led the miners out on a twelve-day strike for higher wages; the depth of public dismay—even hatred—of Lewis was palpable. In November 1943 the Fortune poll asked, "Are there any prominent individuals in this country who you feel might be harmful to the future of the country unless they are curbed?" 36% spontaneously named Lewis. (Next came 3% who named Roosevelt.) As a result the Conservative coalition in Congress was able to pass anti-union legislation, leading to the Taft-Hartley Act of 1947.


Nick Schrank the balancer, he’s a former linebacker at George Mason who suffered a torn ACL in college, but still dreams of playing in the NFL.

The original Santana line-up and at this concert is﻿ the same one that plays on the first two albums ("Santana" and "Abraxas").
Woody Guthrie Ludlow Massacre, 3:31


Email (or hand in hard copy) to gmsmith@shanahan.org.

Honors World History II: HW for the Week of 7 March

Honors Business Economics: HW for the Week of 7 March 2011