Bank of America deputy general council Greg Baer’s home was confronted by 500 members of SEIU (a union) allegedly escorted by Washington DC police outside their jurisdiction. Responding local authorities reportedly took no action in response to the group.

HW is past due.


Final assessment review; the Final is scheduled for 9 June. The Final will consist of material from the first chapter we covered this year in September and more recent material (to be reviewed).

Confrontation of the Superpowers 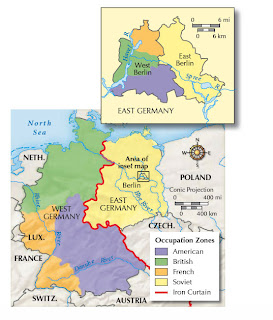 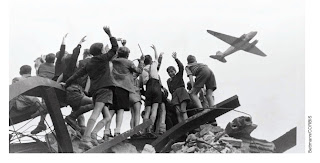 American foreign policy planners saw the situation in Vietnam as part of the global Cold War. They developed the domino theory—the view that a communist victory in South Vietnam would cause non-communist governments across Southeast Asia to fall to communism, like a row of dominoes. America’s leaders wanted to prevent this from happening.

U.S. President Johnson reported the attacks to Congress without mentioning the South Vietnamese raids or the doubts about the second attack. Believing that the attacks had been unprovoked, Congress passed the Gulf of Tonkin Resolution on August 7, 1964. The resolution authorized the President to take all necessary measures to prevent further aggression in Southeast Asia.

After the resolution passed, the United States began bombing targets in North Vietnam. Eventually, more than 500,000 American troops were committed to the war. At the same time, both the Soviet Union and China sent aid—but no troops—to help North Vietnam.

During the Vietnam era, young American men were required to register for the military draft. Men were then selected for the draft in a random lottery. Many saw fighting for their country as their patriotic duty. However, to avoid being drafted, some military-age American men left the country and sought refuge in other nations not involved in the war.


A 1945 poster printed by a Japanese bank encourages people to “make a bright future for Japan.” 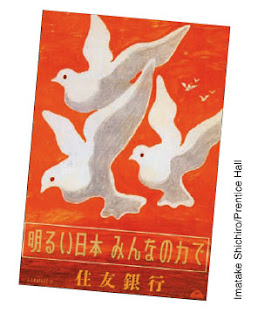 In 1945, Japan, like Germany, lay in ruins. It had suffered perhaps the most devastating damage of any nation involved in World War II. Tens of thousands of Japanese were homeless and hungry.

In 1952, the United States ended the occupation and signed a peace treaty with Japan. Still, the two nations kept close ties. American military forces maintained bases in Japan, which in turn was protected by American nuclear weapons. The two countries were also trading partners, eventually competing with each other in the global economy.

Over the years, democracy took root in Japan. The Liberal Democratic Party (LDP) dominated the government from the 1950s to the 1990s. The LDP, however, differs from political parties in the United States. The LDP is a coalition, or alliance, of factions that compete for government positions.

Like Western Europe, Japan achieved an economic miracle between 1950 and 1970. Its gross domestic product (GDP) soared year after year. GDP is the total value of all goods and services produced in a nation within a particular year.

Japan’s success was built on producing goods for export. At first, Japan sold textiles. Later, it shifted to selling steel and machinery. By the 1970s, Japanese cars, cameras, and televisions found eager buyers on the world market. Soon, a wide range of Japanese electronic goods were competing with Western, and especially American, products.

How did Japan enjoy such success? After World War II, Japan, like Germany, had to rebuild from scratch. Also like Germany, it had successfully industrialized in the past, so it quickly built efficient, modern factories that outproduced older industries in the West. With American military protection, Japan spent little money on its own military and could invest more in its economy. In addition, Japan benefited from an educated and skilled workforce. Finally, the government protected home industries by imposing tariffs and regulations that limited imports.

These policies, along with the high quality of Japanese exports, resulted in a trade surplus for Japan. That is, Japan sold more goods overseas than it bought from other countries. By the 1980s, United States manufacturers were angered by what they saw as unfair competition, and the United States pushed Japan to open its economy to more imports. However, Japan’s trade surplus persisted.


Early in the Cold War, the United States rushed aid to its former enemy through the Marshall Plan and other programs. It wanted to strengthen West Germany against communist Eastern Europe. From 1949 to 1963, Konrad Adenauer (ahd uh now ur) was West Germany’s chancellor, or prime minister. He guided the rebuilding of cities, factories, and trade. Because many of its old factories had been destroyed, Germany built a modern and highly productive industrial base. Despite high taxes to pay for the recovery, West Germans created a booming industrial economy. 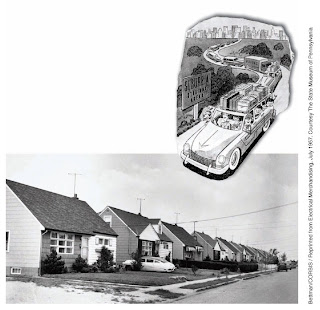 Moving to the Suburbs

This cartoon from the 1950s shows a family moving from the city to the suburbs. The photo below shows a suburb in New York in 1954. Why might suburbs such as this attract families from cities?

America’s economic strength transformed life in the United States itself. During the 1950s and 1960s, boom times prevailed. Recessions, or periods when the economy shrinks, were brief and mild. Although segments of the population were left behind, many Americans prospered in the world’s wealthiest economy. As Americans grew more affluent, many moved from the cities to the suburbs. The movement to communities outside an urban core is known as suburbanization. Suburbanites typically lived in single-family houses with lawns and access to good schools. Suburban highways allowed residents to commute to work by car.

During the postwar decades, many Americans also moved to the Sunbelt, or the states in the South and Southwest of the United States. Jobs in these states were becoming more plentiful than in the industrialized North, and the warmer climate was an added bonus. The growing availability of air conditioning and water for irrigation in states such as Arizona helped make the movement to the Sunbelt possible.

Ask Not What Your Country Can Do For You: the inaugural address of John Fitzgerald Kennedy, 5:37

In 1964, President Johnson said of Vietnam that I don't think it's worth fighting for, and I don't think that we can get out. Its just the biggest damn mess I ever saw.'' Yet Johnson escalated the conflict and America became bogged down in Southeast Asia for more than a decade. Former Senator George McGovern recently sat down with ANP and said that President Obama runs the risk, like Johnsons Great Society, of hobbling his ambitious domestic goals if he continues to send troops into Afghanistan.


By 1956, a gifted preacher, Dr. Martin Luther King, Jr., had emerged as a leader of the civil rights movement. This movement aimed to extend equal rights to all Americans, and particularly African Americans. King organized boycotts and led peaceful marches to end segregation in the United States. In 1963, King made a stirring speech.

Americans of all races joined the civil rights movement. Their courage in the face of sometimes brutal attacks stirred the nation’s conscience. Asians, Latinos, Native Americans, and other groups joined African Americans in demanding equality. The U.S. Congress outlawed public segregation, protected voting rights, and required equal access to housing and jobs. Poverty, unemployment, and discrimination still plagued many African Americans. However, some were elected to political office or gained top jobs in business and the military.

The Republican, Dr. Martin Luther King, Jr. (1929–1968), was born in Atlanta, Georgia, and grew up in the segregated American South. He earned a doctorate in divinity in 1955 and became a minister at a church in Montgomery, Alabama. Beginning that year, King helped lead the Montgomery Bus Boycott to protest segregation on the city’s buses. In the years that followed, King emerged as the most respected leader of the American civil rights movement. He was repeatedly attacked and jailed for his beliefs. He helped organize the massive March on Washington, D.C., for civil rights in 1963. He gave his famous “I Have a Dream” speech at this event. King lived to see the passage of the Civil Rights Act of 1965 that outlawed segregation. However, he was killed in 1968 by an assassin. How did King’s actions show courage?

In the 1980s, President Reagan and the Republican Party called for cutbacks in taxes and government spending. They argued that cutting taxes was the best way to improve opportunities for Americans. Congress ended some social programs, reduced government regulation of the economy, and cut taxes. At the same time, however, military spending increased.

The combination of increased spending and tax cuts greatly increased the national budget deficit, or the shortfall between what the government spends and what it receives in taxes and other income. To deal with the deficit, Republicans pushed for deeper cuts in social and economic programs, including education, welfare, and environmental protection.

America’s growing dependence on the world economy brought problems. In the early 1970s, a political crisis in the Middle East led to decreased oil exports. Oil prices soared worldwide. Waiting in long lines for scarce and expensive gasoline, Americans became aware of their dependence on imported oil and on global economic forces.

In America and in the other industrialized democracies, which were even more dependent on imported oil, higher prices for oil left businesses and consumers with less to spend on other products. The decades of postwar prosperity ended with a serious recession in 1974. During the 1970s and 1980s, the world’s economies suffered a series of recessions alternating with years of renewed prosperity.

In 1973 and 1974, a reduction in the supply of oil led to shortages and higher prices for gasoline. In the photos above, motorists wait on line to fill up with scarce gasoline.


Here's 77 WABC's Cousin Bruce Morrow again - this time from December 5, 1963. It's been 2 weeks since President Kennedy was killed in Dallas - and only 8 weeks before The Beatles invade New York. Due to YouTube restrictions, there isn't a lot of music on this aircheck - but heck, you already know all the songs. There are some wonderful Brucie moments, and a classic spot for Clearasil pimple cream, featuring Dick Clark.


Controversial 1st Elvis TV appearance where after the cameras would only show him from the waist up because of complaints about his gyrations: January 28th, 1956, 2:43.


The Ed Sullivan Show was a popular American TV variety show that originally ran on CBS from Sunday June 20, 1948 to Sunday June 6, 1971, and was hosted by New York entertainment columnist Ed Sullivan.

The Beatles appeared on three consecutive Sundays in February 1964 to great anticipation and fanfare as "I Want to Hold Your Hand" had swiftly risen to #1 in the charts. Their first appearance on February 9 is considered a milestone in American pop culture and the beginning of the British Invasion in music. The broadcast drew an estimated 73 million viewers, at the time a record for US television, and was characterized by an audience composed largely of screaming hysterical teenage girls in tears. The Beatles followed Ed's show opening intro, performing "All My Loving", "Till There Was You" which featured the names of the group members superimposed on closeup shots, including the famous "Sorry girls, he's married" caption on John Lennon, and "She Loves You". They returned later in the programme to perform "I Saw Her Standing There" and "I Want to Hold Your Hand."

How to Stimulate the Economy with Matthew Lesko, 2:19