Section 3 The Age of Napoleon

The Fall of Napoleon

Watch Napoleon’s Lost Army on the Witness History Discovery School™ video program to learn about Napoleon’s invasion of Russia in 1812.

In Vilnius, Lithuania, scientists are studying the remains of an army that Napoleon lost. This segment explores Napoleon's invasion of Russia in 1812 and the terrible retreat that followed. Napoleon entered Russian with some 500,000 troops, but when his retreating army reached the town of Vilnius, only about 20,000 remained.

Questions from the Video

What Russian action prompted Napoleon to launch his invasion of Russia?

What strategy did the Russians use against Napoleon's army?

How are archaeologists, forensic scientists, and historians able to reconstruct the story of Napoleon's invasion of Russia? 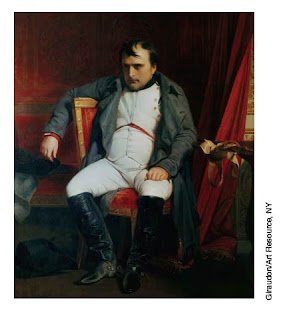 
Two views of Napoleon can be contrasted. There are differences when Napoleon is depicted as a young man and at the time of his abdication. A traditional view of Napoleon depicts him as a young man in Italy. Over the course of time, observers noticed how the first-hand descriptions of Napoleon evolved. 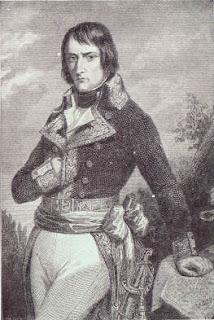 As Austria’s foreign minister, Metternich (1773–1859) used a variety of means to achieve his goals. In 1809, when Napoleon seemed vulnerable, Metternich favored war against France. In 1810, after France had crushed Austria, he supported alliance with France. When the French army was in desperate retreat from Russia, Metternich became the “prime minister of the coalition” that defeated Napoleon. At the Congress of Vienna, Metternich helped create a new European order and made sure that Austria had a key role in it. He would skillfully defend that new order for more than 30 years. Why did Metternich’s policies toward France change?


Crushed at the Battle of Waterloo

The Battle of Waterloo Game

Napoleon’s triumph was short-lived. His star soared for only 100 days, while the allies reassembled their forces. On June 18, 1815, the opposing armies met near the town of Waterloo in Belgium. British forces under the Duke of Wellington and a Prussian army commanded by General Blücher crushed the French in an agonizing day-long battle. Once again, Napoleon was forced to abdicate and to go into exile on St. Helena, a lonely island in the South Atlantic. This time, he would not return.

Napoleon's death was not without controversy and there is evidence that he may have been poisoned (Cf. The Murder of Napoleon by Ben Weider. As a fascinating sidelight to the story of Napoleon, it appears that Count Charles-Tristan de Montholon, an aide to Napoleon and a member of the "pre-Revolutionary aristocracy" poisoned him slowly with arsenic (a poison) on St. Helena (Weider, p. 33).

Napoleon, although it was widely known that he had suffered from physical ailments his entire life (it appears to be the scratching disease, scabies, Napoleon's Glands, Arno Karlen, p. 7), had nonetheless a legendary reputation for work; yet, he succumbed at the relatively young age of 51 thus at the very least his death should raise questions.

At the time of Napoleon's death, the arsenic poisoning went unnoticed and it was not until a Swedish researcher in 1955, Sten Forshufvud, reconstructed the accounts and medical evidence of Napoleon's death that a modern, forensic connection could be established determining that Napoleon was murdered. Montholon had a motive, he was attached to the pre-Revolutionary aristocracy, and he appeared to be an agent of Count d'Artois, brother of King Louis XVIII, and later Charles X in the restored French monarchy who hated the Revolutionary Napoleon (Weider, pp. 144, 254).

Napoleon himself may have sensed something was amiss in his last days. Six days before his death he directed:

After my death, which cannot be far off. I want you to open my body. . . . I want you to remove my heart, which you will put in spirits of wine and take to Parma, to my dear Marie-Louise [Napoleon's second wife]. . . . I recommend that you examine my stomach particularly carefully; make a precise, detailed report on it, and give it to my son. . . . I charge you to overlook nothing in this examination. . . . I bequeath to all the ruling families the horror and shame of my last moments.

Napoleon died in 1821, but his legend lived on in France and around the world. His contemporaries as well as historians today have long debated his legacy. Was he “the revolution on horseback,” as he claimed? Or was he a traitor to the revolution?

No one, however, questions Napoleon’s impact on France and on Europe. The Napoleonic Code consolidated many changes of the revolution. The France of Napoleon was a centralized state with a constitution. Elections were held with expanded, though limited, suffrage. Many more citizens had rights to property and access to education than under the old regime. Still, French citizens lost many rights promised so fervently by republicans during the Convention.

Europe After the Congress of Vienna, 1815 Cf. http://phschool.com/webcodes10/index.cfm?wcprefix=nap&wcsuffix=1842&fuseaction=home.gotoWebCode&x=2&y=3

At the Congress of Vienna, European leaders redrew the map of Europe in order to contain France and keep a balance of power.

Name three states that were in the German Confederation.

3. Recognize Cause and Effect

Why did the Congress enlarge some of the countries around France?

On the world stage, Napoleon’s conquests spread the ideas of the revolution. He failed to make Europe into a French empire. Instead, he sparked nationalist feelings across Europe. The abolition of the Holy Roman Empire would eventually help in creating a new Germany. Napoleon’s impact also reached across the Atlantic. In 1803, his decision to sell France’s vast Louisiana Territory to the American government doubled the size of the United States and ushered in an age of American expansion.

How did Napoleon impact Europe and the rest of the world?

Leaders Meet at the Congress of Vienna

After Waterloo, diplomats and heads of state again sat down at the Congress of Vienna. They faced the monumental task of restoring stability and order in Europe after years of war. The Congress met for 10 months, from September 1814 to June 1815. It was a brilliant gathering of European leaders. Diplomats and royalty dined and danced, attended concerts and ballets, and enjoyed parties arranged by their host, Emperor Francis I of Austria. The work fell to Prince Clemens von Metternich of Austria, Tsar Alexander I of Russia, and Lord Robert Castlereagh of Britain. Defeated France was represented by Prince Charles Maurice de Talleyrand. 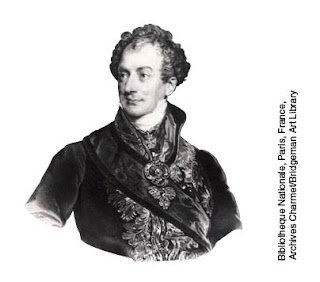 The chief goal of the Vienna decision makers was to create a lasting peace by establishing a balance of power and protecting the system of monarchy. Each of the leaders also pursued his own goals. Metternich, the dominant figure at the Congress, wanted to restore things the way they were in 1792. Alexander I urged a “holy alliance” of Christian monarchs to suppress future revolutions. Lord Castlereagh was determined to prevent a revival of French military power. The aged diplomat Talleyrand shrewdly played the other leaders against one another so France would be accepted as an equal partner.

The peacemakers also redrew the map of Europe. To contain French ambitions, they ringed France with strong countries. In the north, they added Belgium and Luxembourg to Holland to create the kingdom of the Netherlands. To prevent French expansion eastward, they gave Prussia lands along the Rhine River. They also allowed Austria to reassert control over northern Italy.

To turn back the clock to 1792, the architects of the peace promoted the principle of legitimacy, restoring hereditary monarchies that the French Revolution or Napoleon had unseated. Even before the Congress began, they had put Louis XVIII on the French throne. Later, they restored “legitimate” monarchs in Portugal, Spain, and the Italian states.

Congress Fails to See Traps Ahead

To protect the new order, Austria, Russia, Prussia, and Great Britain extended their wartime alliance into the postwar era. In the Quadruple Alliance, the four nations pledged to act together to maintain the balance of power and to suppress revolutionary uprisings, especially in France. Another result of the Congress was a system known as the Concert of Europe, in which the powers met periodically to discuss any problems affecting the peace of Europe.

The Vienna statesmen achieved their immediate goals in creating a lasting peace. Their decisions influenced European politics for the next 100 years. Europe would not see war on a Napoleonic scale until 1914. They failed, however, to foresee how powerful new forces such as nationalism would shake the foundations of Europe and Latin America in the next decades. 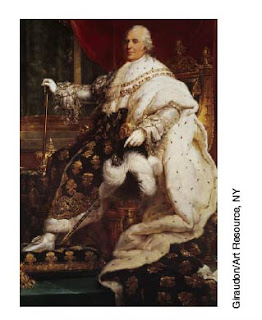 Explain the chief goal and outcome of the Congress of Vienna.

The Battle of Waterloo Game

Institute on Napoleon and the French Revolution at Florida State University


2. We have been invited to attend a conference sponsored by the Association of Catholic Teachers, the Secondary School System, and Holy Family University for the Fall 2009 program of the Institute on Public Policy, with particular emphasis on programs directed to the educational and leadership development of young people.


The conference will be held on Friday, 20 November 2009, at Holy Family University from 9:00 am - Noon. It will be a Critical Issues Seminar for high school juniors and is entitled: "Iran: The Threat to the United Staes, Israel, and the Middle East."


The selected students, an a first-come, first serve basis, will represent Shanahan thus they must be scholastically prepared, and active and involved young persons. They will attend wearing their school uniforms.


1. Define the second column of "Key Concepts," after Cross elasticity of Demand, p. 133;