U.S. Army troops wade ashore on Omaha Beach on the morning of 6 June 1944, as the Normandy landings begin.

Although the term D-Day is used routinely as military lingo for the day an operation or event will take place, for many it is also synonymous with June 6, 1944, the day the Allied powers crossed the English Channel and landed on the beaches of Normandy, France, beginning the liberation of Western Europe from Nazi control during World War II. Within three months, the northern part of France would be freed and the invasion force would be preparing to enter Germany, where they would meet up with Soviet forces moving in from the east.

With Hitler's armies in control of most of mainland Europe, the Allies knew that a successful invasion of the continent was central to winning the war. Hitler knew this too, and was expecting an assault on northwestern Europe in the spring of 1944. He hoped to repel the Allies from the coast with a strong counterattack that would delay future invasion attempts, giving him time to throw the majority of his forces into defeating the Soviet Union in the east. Once that was accomplished, he believed an all-out victory would soon be his.

On the morning of June 5, 1944, U.S. General Dwight D. Eisenhower, the supreme commander of Allied forces in Europe gave the go-ahead for Operation Overlord, the largest amphibious military operation in history. On his orders, 6,000 landing craft, ships and other vessels carrying 176,000 troops began to leave England for the trip to France. That night, 822 aircraft filled with parachutists headed for drop zones in Normandy. An additional 13,000 aircraft were mobilized to provide air cover and support for the invasion.

By dawn on June 6, 18,000 parachutists were already on the ground; the land invasions began at 6:30 a.m. The British and Canadians overcame light opposition to capture Gold, Juno and Sword beaches; so did the Americans at Utah. The task was much tougher at Omaha beach, however, where 2,000 troops were lost and it was only through the tenacity and quick-wittedness of troops on the ground that the objective was achieved. By day's end, 155,000 Allied troops--Americans, British and Canadians--had successfully stormed Normandy’s beaches.

For their part, the Germans suffered from confusion in the ranks and the absence of celebrated commander Field Marshal Erwin Rommel, who was away on leave. At first, Hitler, believing that the invasion was a feint designed to distract the Germans from a coming attack north of the Seine River, refused to release nearby divisions to join the counterattack and reinforcements had to be called from further afield, causing delays. He also hesitated in calling for armored divisions to help in the defense. In addition, the Germans were hampered by effective Allied air support, which took out many key bridges and forced the Germans to take long detours, as well as efficient Allied naval support, which helped protect advancing Allied troops.

Though it did not go off exactly as planned, as later claimed by British Field Marshal Bernard Montgomery--for example, the Allies were able to land only fractions of the supplies and vehicles they had intended in France--D-Day was a decided success. By the end of June, the Allies had 850,000 men and 150,000 vehicles in Normandy and were poised to continue their march across Europe.

The heroism and bravery displayed by troops from the Allied countries on D-Day has served as inspiration for several films, most famously The Longest Day (1962) and Saving Private Ryan (1998). It was also depicted in the HBO mini-series Band of Brothers (2001).

Presenting, Useful Dog Tricks!! Whoever said tricks can't be useful? Jesse loves helping around the house, and I just love his happy attitude and smile on his face =o)

*Our relationship is based on mutual respect, understanding, and trust. We have a wonderful relationship and bond, and that is the foundation of our training. We train all behaviors through the use of positive reinforcement*

Jesse chooses to do the behaviors in this video, and has so much fun bringing smiles to people's faces. He gets treats for doing his tricks, and enjoys learning new things. Tricks are just one of the activities we enjoy doing together. When not doing tricks, Jesse can be found playing with his cuz ball, chasing squeaker tennis balls, digging in search for lizards, de-fluffing stuffed toys, swimming, and a companioning me on outings. Jesse loves adventure, and lives each and every day to its fullest. Jesse is my best friend, heart dog, and truly a member of the family, and I love him with every beat of my heart.
~Heather and Jesse~

Wanna learn more about Clicker Training? Check out Karen Pryor's website at:
http://clickertraining.com
to get started.

Special thanks to Josh Woodward for the use of the songs "Coffee" both Full & Instrumental version. His music is under Creative Commons. Check out more of his awesome music at:
http://youtube.com/joshwoodward


First, a Quiz, then, we will have a pop music Quiz about school songs.

The question's arisen is this a prison
Some say it is, some say it isn't
Why do I try? nobody listens
I pass by like an intermission

Outlaws, cruisers, junkies, boozers
Take a back seat, with the three time losers
They're all having a ball, down at juvenile hall
By looking so small they must be victims of the system

I've been inside, (where the lies are hide)
Are you satisfied I never should have tried to beat you
I beseech you, sad little freaker
Pleased to meet you, I'm the teacher

They can snap your soul, blow it away
Like a fragile leaf on a windy day
Can you read? can you write? they couldn't care less
You can graduate on American Express, no personal checks

What do I do to get through to you?
Somebody sue the suit, don't let em eat ya
Don't you let 'em defeat ya Don't let 'em mistreat ya
'Cause sooner or later
They're going to cheat ya
Pleased to meet ya, I'm the teacher
Yeah.

These lyrics have been determined after careful listening to the tracks in question, and are provided for educational purposes only. Due to the possibility of mis-hearing, we cannot vouch for their accuracy. Copyright remains vested in the lawful copyright holders.

1. What does the "S" in President Harry S. Truman's name stand for?


Harry S. Truman's parents chose "S" as his middle name in an attempt to please both of Harry's grandfathers. The initial did not actually stand for anything, a common practice among the Scots-Irish. Truman did not have a middle name, only a middle initial. In his autobiography, Truman stated, "I was named for ... Harrison Young. I was given the diminutive Harry and, so that I could have two initials in my given name, the letter S was added. Truman's bare initial caused an unusual slip when he first became president and took the oath of office. At a meeting in the Cabinet Room, Chief Justice Harlan Stone began reading the oath by saying "I, Harry Shipp (his grandparent's name) Truman, ...". Truman responded: "I, Harry S. Truman, ...".


2. What University did Dr. Smith attend?

Quiz: So you think you know UCLA History?
3. In what department?


4. What state has the most top colleges/Universities?


5. How many top institutions does this state have?


6. Which state has the second highest number of top colleges/Universities?


7. How many top institutions does this state have?


9. How do you spell my daughter's name?


Keith Richards invited a roster of great musicians to honor Chuck Berry for an evening of music to commemorate Berry's 60th birthday.

Graham Parker and the Rumour - Back To Schooldays, 2:46


Graham Parker and the Rumour performing "Back To Schooldays" from Rockpalast in 1978. 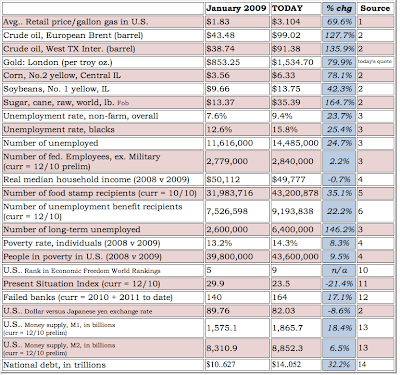 "Mankiw's 10 principles of economics, translated for the uninitiated", by Yoram Bauman, http://www.standupeconomist.com . Presented at the AAAS humor session, February 16, 2007. For the record, the talk contains two unattributed quotes ("9 out of 5" is adapted from a line attributed to Paul Samuelson---although apparently he said it about Wall Street indices, not macroeconomists---and "wrong about things" is paraphrased from P.J. O'Rourke's Eat the Rich) and, of course, the Einstein "simple" quote is an intentional misquote. The talk is based on a published article in Annals of Improbable Research (see http://www.improb.com/airchives/paperair/volume9/v9i2/mankiw.html ), which sponsored my talk and to which you should subscribe (http://improb.com/subscribe/ ). In the paper you can see the "constructive example" of how trade can make everyone worse off (or you can just wait 50 years to see what happens with climate change).


Why and How the World is Collapsing Video, 2:35

"Fight of the Century" is the new economics hip-hop music video by John Papola and Russ Roberts at http://EconStories.tv.

According to the National Bureau of Economic Research, the Great Recession ended almost two years ago, in the summer of 2009. Yet we're all uneasy. Job growth has been disappointing. The recovery seems fragile. Where should we head from here? Is that question even meaningful? Can the government steer the economy or have past attempts helped create the mess we're still in?

In "Fight of the Century", Keynes and Hayek weigh in on these central questions. Do we need more government spending or less? What's the evidence that government spending promotes prosperity in troubled times? Can war or natural disasters paradoxically be good for an economy in a slump? Should more spending come from the top down or from the bottom up? What are the ultimate sources of prosperity?

Keynes and Hayek never agreed on the answers to these questions and they still don't. Let's listen to the greats. See Keynes and Hayek throwing down in "Fight of the Century"!

Starring Billy and Adam from http://www.billyandadam.com

Visit http://www.econstories.tv for the full lyrics.

Econstories.tv is a place to learn about the economic way of thinking through the eyes of creative director John Papola and creative economist Russ Roberts.

In Fear the Boom and Bust, John Maynard Keynes and F. A. Hayek, two of the great economists of the 20th century, come back to life to attend an economics conference on the economic crisis. Before the conference begins, and at the insistence of Lord Keynes, they go out for a night on the town and sing about why there's a "boom and bust" cycle in modern economies and good reason to fear it.

Get the full lyrics, story and free download of the song in high quality MP3 and AAC files at:

Plus, to see and hear more from the stars of Fear the Boom and Bust, Billy Scafuri and Adam Lustick, visit their site: http://www.billyandadam.com

Music was produced by Jack Bradley at Blackboard3 Music and Sound Design. It was composed and performed by Richard Royston Jacobs.
http://www.blackboard3.com